Vern Smith has the experience and expertise I was looking for to defend me on my second DUI charge in a decade. The previously DUI lawyer I hired sold me on his ability in the interview but the moment he got my check he began trying to convince me to take a plea deal. This was not the case with Mr. Smith. I did a significant amount of research before I came to the decision to hire Vern Smith as I wanted a lawyer that was going to work hard on my case all the way through trial. Long story short; Due to Mr. Smith's experience the D.O.L. licensing case was Dismissed. The result of the Motions hearing due to Vern's extensive knowledge was that we won 4 of 6 motions. And finally in the end Vern stood by me for nearly 6 hours as the jury deliberated before retuning a verdict of NOT GUILTY. All through the 7 month process I could tell that Vern was very well respected by the other defense Lawyers in the court rooms, was respected by and well liked by the Judges we dealt with, and was definitely respected by, (and my have been intimidating to), the prosecutors who doubled up to take on Vern. I hope to never have the need again but for anyone else I recommend Vern 1000%
– Anonymous

Thank you for contacting us. We will get back to you shortly.

Please complete all required fields below.

Vernon A. Smith, Attorney at Law

I have been defending those accused of DUIs for most of my 20 plus year career in the law, first as a public defender and since ‘91 in private practice. I am not only one of the founding members of the National College for DUI Defense, but I am also one of the first lawyers in the nation to be Board Certified in DUI defense by that organization. 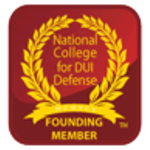